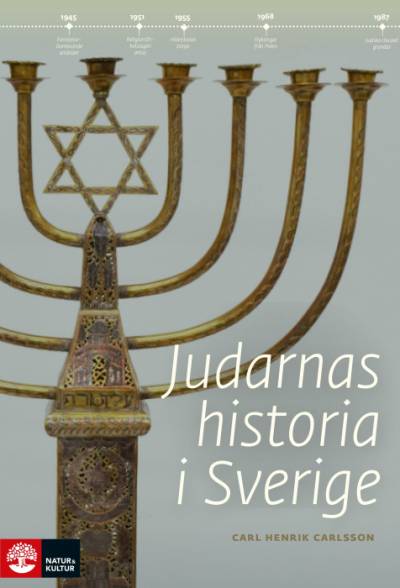 It is with great joy and pride that we can announce that our long-standing collaborator in the research field "minority studies", Carl Henrik Carlsson, has been nominated for this year's August Prize in the category "Swedish non-fiction book of the year" for the monograph The History of the Jews in Sweden. The Prize is one of the highest literary awards in Sweden.

That our minority research is noted in this way at the same time as the Löfven government has just completed the Malmö Conference serves as an illustration to the societal relevance and impact of scholarship at the HVC. The motivation was: "A thrilling story that stretches from Gustav Vasa's doctor in the 16th century to Georg Riedel and Ida's summer song. Carl Henrik Carlsson not only gives us a captivating description of one of Sweden's five national minorities, who created much of what we regard as "typically Swedish", but also address the difficult balance between assimilation and one's own identity, under the constant pressure of the various forms of anti-Semitism. An impressive pioneering work on Jewish culture and history in Sweden. " Congratulations Calle!